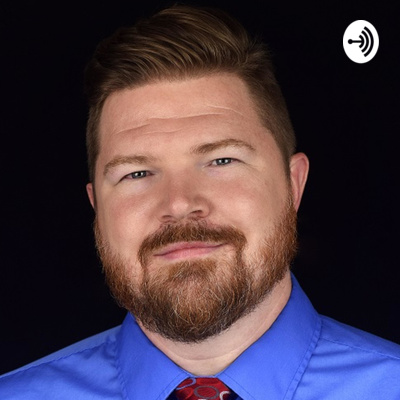 People drift in and out of our lives at interesting points for interesting reasons. We rarely stop to consider it.

I worked a job several years ago with a man to whom I related more than most people. I relate to people, don’t get me wrong. It’s been my job my whole life. But this guy was different. We spoke a logic language that I could tell he lacked as much as I did.

Basically, there were two personable, intelligent, educated, experienced guys who had taken a job completely out of their wheelhouse and held themselves to insanely high standards due to the pressures of where they were at that point in their lives. And we both struggled trying to grasp the fundamentals of selling (something neither of us wanted to do at the time). We would have many conversations trying to sharpen our skills, working with each other and sharing ideas. We WANTED to be successful, but neither of us was destined for that career. It wasn’t clicking for either of us. We rode the rails of mediocrity, hopping from one month to the next, happy to have survived the cut one more time. Maybe next month, it’ll click. Maybe next month we’ll get to the middle.

In a down moment of exasperation, he said to me that he felt like he had become “a mockery of his own potential”.

I guffawed. Eureka! It was a moment of clarity that hit me like Miley Cyrus on a chain. Are you kidding me?! I hadn’t had my own self-loathing summed up so succinctly in…well…not by someone ELSE…who wasn’t ME or a therapist…in I don’t KNOW when! This guy got me! Like few people.
It took me longer to get it and move on than he. But, I’m glad we’ve stayed connected. I’ll never again allow those words ring true, like they did back then, but I never want to forget the man who said them and the feelings of defeat an doubt we shared with each other. When you speak of working “in the trenches” with teammates, rarely do we speak of the times when survival and mental health is on the line.

I reflected on that sentence, “I am a mockery of my own potential”, every single day of my life since they came out of my friend, Jeff Guitarr’s mouth in the blazing sun on the hot asphalt of a car dealership.
Sometimes the things you say in passing leave an impact on others. Maybe they aren’t the torch that lights the fire. Maybe they are the kindling laid so that the spark, when struck, has something to blaze. Sometimes those words are oak, the slowest burning wood. These words were. They burned low and slow and kept me warm for years after. They echoed in my head, swirling as I decided what I wanted out of life.

So, Now? I might be a mockery, but it ain’t of potential. Whatever potential there is, I’m going to max tf out. Period. Plain and simple. I’ve lived by other people’s rules and expectations for WAY too long. Hell, I gave 40 good years of it. These last few have been MINE. And I’m takin’ the back nine, too. (golf term, I will live for approximately another 43 years, 4 months. Ish.)

So, from here on out, I’m going to do what I want. If I wanna write a book? I’ve got at least six locked and loaded and in the works. Screenplay? Sure. Play? Why not!

If I wanna do music? I’m going to do music. Why not. I’ve heard enough shitty music in my life by people TRYING NOT to be shitty to not be afraid to make some shitty music of my own.

If I wanna act or do standup again or do lectures…I’m gonna! If I wanna wait tables, design an ad campaign, host a show, or teach or…who tf knows what I’ll do next!

So…I replaced those wise words with…

How’s THAT for a motto?