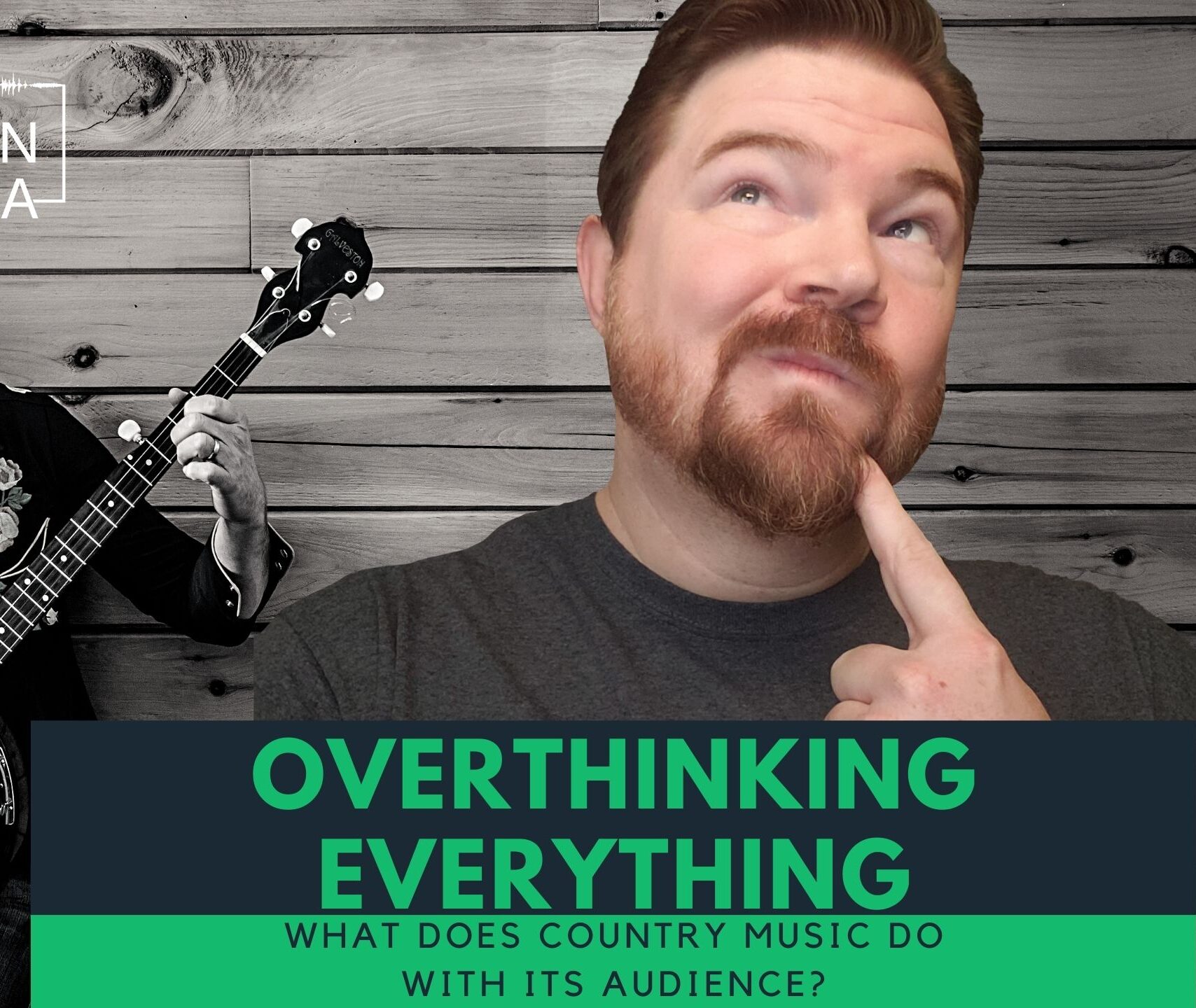 I’ve seen a LOT of praise for the ACMs and the inclusion, diversity, and overall exceptional presentation of an awards show. I, of course, did not partake because no one is paying me to anymore.

I want to remind everyone of ONE thing…

And this isn’t beating a dead horse’s mullet. He apologized. Despite the fun I might poke at him in TikTok videos, I have no personal issue with the guy.  He made a sincere apology.  But…

When Morgan Wallen said the N-Word, Country RADIO responded swiftly the way that made me wish for a blip I was back in, even though I probably wouldn’t have been for long.

When Morgan Wallen said the N-Word, and Country Radio responded appropriately, Country Radio LISTENERS responded swiftly, deplorably, and in a way that reminded me why I walked away from catering to a 10th-grade-level intellect.

He said the word. The industry backed off. The FANS made his sales skyrocket.

Think about that. MILLIONS of people bought his music BECAUSE he said the N-Word! They streamed him, downloaded him, paid the record label that suspended him, and sent his figures to record-breaking heights. His album topped the charts BECAUSE HE SAID THE N-WORD.

THAT is the majority of the country music audience. I should know. I programmed country radio stations for about 15 years.

I applaud the INDUSTRY for standing up and progressing. WAY too little, WAY too late, in my opinion. But, at least the industry is trying to address some of its own toxicities.

My question is…what does country radio/country music do with the large chunk of their fanbase that is toxic, racist, and a stain on our culture?

When I worked at country stations, each and every one I worked at devalued the black audience. In fact, one company that isn’t around anymore devalued the black audience SO much, they “couldn’t sell ads” on it because “businesses didn’t want that audience in their stores because they had to keep their eyes on them the whole time”. That was said to me by a superior. In a professional atmosphere. Well…Unprofessional.

What does the country format do now that THEIR audience are the ones people don’t want in their businesses? Now that THEIR audience are the ones we’re having to watch to see if they’re going to blow us all to smithereens? What does the industry of wholesome family values do now that their audience has become the least desirable for quality advertisers? I would think, eventually, a truck brand might start to cringe knowing they’re the brand most white supremacists would choose if they could afford one. Rarely do corporations care about that sort of values over profit paradigm, but WE can.

I suppose the biggest question might be, if knowing your music format is the number one choice for white supremacists, what can you do to affect change, at the local level? I might argue we’re past that tipping point. That change should have come two decades ago. Today, if they can figure out how, they’ll just stream their country alongside their Alex Jones.

How will country radio thrive without that segment of their listener base? Or, do they choose to play it safe and keep them? Does it bother them that white supremacists choose their product above others?

You can take out the Morgan Wallen stuff, and substitute any other music format into this discussion. Rock…Classic Rock…Oldies… Country music isn’t alone in enabling the most toxic aspects of the culture it serves, but country music could have done better. Country music SHOULD have done better all along. Instead, Country Music spent more time trying to create the next blonde bombshell to replace the Dixie Chicks because they bowed down to slobbering, uneducated, mouth-breathers. The format suffered without the Dixie Chicks. Country music didn’t address their racist audience, who were all too comfortable blaming the “Mooslim Terrists” for all their problems. And, then that “Mooslim Prezdint frum Kenyee”. Country music was too busy enabling alcoholism, playing to stereotypes, and cashing checks from pandering to the most easily manipulatable and gullible base in America. Country radio could have stood for something when it COULD have mattered.

Now? I’m afraid it’s lost in the current. The opportunity to affect that change has passed. By the time we’re really making progress in the discussion, we’ll have to break for 8 minutes of commercials. Respect to people still in the trenches, fighting the fight and serving their communities on the airwaves. I hope I’m wrong. I REALLY hope I’m wrong. I hope someone in the format is brilliant enough to find a way to address this. I know it’s been discussed in professional forums to some degree. It’s time to stop talking and start acting.

What does Country music do with its audience?

And, what do WE do with Country music?