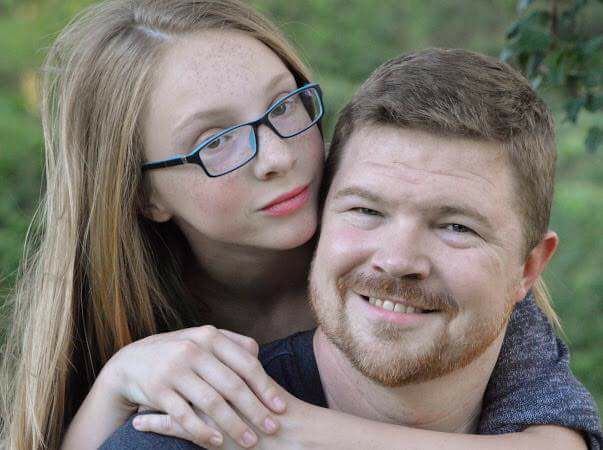 It’s safe to say that if there is one of the “7 Deadly Sins” we are more guilty of than others, it’s Pride.  Pride, in many cases, rears its ugly head.  It’s why some people go debt-deep in house or car payments.  It’s why credit cards get run up sometimes.  Our Pride gets in the way of our reality.  In many cases, this can be harmless.  Sometimes, even when I have been broke financially, an “extravagant” purchase (I’m talking like a $50 video game here) has inspired and reinvigorated me to work harder.  Other times, you see people lose everything trying to “keep up with the Joneses”.

Shift focus a bit to a slightly different intention of Pride.  I’m talking about the kind that isn’t about us living outside of our means so much as it is the Pride that keeps us from asking for help when we need it – no matter how desperately.

My custody battle for my daughter is well-documented.  A difficult divorce between two people with no love left for the other and kids smack dab in the middle.  It must be how Portland feels about now.  Washington tweeting like crazy against North Korea.  North Korea blasting test missiles into the ocean.  And here’s Portland.  Never did anyone no harm.  But still – stuck in the middle of what amounts to be WWIII.  My kids can surely relate, as ashamed as it makes me feel.  Regardless of the specifics, the fact remains that following the events of my first marriage ending in 2009, I was kept at arm’s length from my children’s lives – two stepdaughters (who are as much my own flesh and blood as if I’d begotten them) and my youngest, Mattie.  Suffice to say, it was the fight of my life.  It was my central focus for years.  Then, in 2014, the levee broke.  The other party had exhausted her efforts to keep me at bay.  I wasn’t giving up.  But while that may be the story…it isn’t THE story here.

The reality of that whole process was that I would file charges and counter charges were filed.  I would file injunctions and counter injunctions were filed.  Every step I took forward, two steps back were taken by the opposition.  It was an elaborate chess match.  Silly me believed that the courts were there to uphold MY rights as a parent.  I was tragically mistaken, as thousands of non-custodial parents realize every single day in America.  I was foolish enough to think that hiring the right lawyer would have made a difference.  It didn’t.  I would argue hiring the WRONG lawyer will do you in.  It wouldn’t be much of a debate.

I fired Lawyer #1 for making backroom deals with opposing counsel.  I hired a female lawyer next, thinking that gender would give me some advantage.  Karma paid me back for my sexism.  She was as costly as she was useless.  For over a year I heard “oh, believe me.  Your ex-wife does NOT want to see me in court”.  Neither did the judge, apparently because in the whole time I retained her and the thousands of dollars she rung up, I never made it to court.   She could, however, manage to send me three and sometimes four copies of the same documents and charge my account for them.  I couldn’t get any traction from “the system” and it seemed as though she were working more for my ex-wife than she was for me, something I had already fired one attorney for.  As a matter of fact, I would say that during that period, whatever my ex-wife demanded, my lawyer presented on a silver platter.  All I wanted was someone to fight for me.  All I wanted was someone in my corner.

Then, she called me to her office.  A court date was set.  Finally!  Then she told me that my account had to be paid in full before she would represent me on that date.  I had about 5 weeks to come up with nearly $9,000.  All I could do was break down and cry right in front of her.  I was angry.  I was devastated.  I was alone in this.  My Father was dead and gone.  My Grandmother elderly and nearing the end of her life.  My mom not in a position to help financially.  I had already begged and borrowed to get this far.  I had to leave a successful career behind to move back to Tennessee (which I wanted to do anyway) and wasn’t really making it in my new field (car sales).  I was doing good to pay my monthly bills and live.  Child support was eating me alive – a story almost anyone who is paying it can relate.

I walked out of that office and called my closest confidant at the time, a dear friend I had made during my waning days in Southeast Georgia.  She talked me down from the proverbial ledge, but I didn’t have an answer.  She did.  Actually, I won’t say I was in the best frame of mind at that point.  It is safe to say she was thinking more in my best interests than I was then.  I was in fight-or-flight mode.  I was quite candid about my fight for my daughter on social media.  I suppose, somewhere in all of that, the idea sprung to ask for help.  I just wasn’t keen on it.  How would I look begging for money online?  How would I even get people to donate?  Who would give?  What right did I have to ask anyone for financial help?  I was more than capable of taking care of myself.  No, not Josh Brandon.  He isn’t a beggar.  What would people think of me?

Yet, here were all of these people who loved me – who loved my daughter even though they never met her – and wanted us to be together.  People from all walks of life, from all of my travels.  I was paying my bills for the most part, but I wasn’t getting anywhere.  “Help those who help themselves” is a line My Father would hammer into my head as a child.  He was always there to give his last dollar to someone who needed it – so long as they were trying.  I was trying.  I was just at the end of my rope.  I wasn’t in a bad place, mental health wise.  I was past all of that.  But I was hopeless, helpless, and didn’t see the light at the end of the tunnel.

Then, this dear friend, upon the urging of some of those closest to me, took it upon herself to start a GoFundMe campaign to help.  No, I wasn’t interested in keeping that lawyer.  I couldn’t afford to.  $9,000 for absolutely nothing was throwing money away.  I fired her almost immediately.  What I needed was $2,500 to retain a new attorney.  Another dear friend I had known since I was a child turned me on to a young attorney she worked for.  He wasn’t from the town and didn’t play their backroom handshake games.  He was straight forward, honest, and a good man.  I did plenty of research on this one.  Matthew Edwards.  And it was Matthew Edwards who got my case rolling.

Still, I wasn’t sure I wanted to get on social media and beg for money.  You see, my daughter is the most important thing in my world.  Having her ripped from me was excruciating.  But still, my Pride stood in the way of accepting the help of others.  Granted, I eventually gave in to it and am so glad I did.

Today, a “memory” on Social Media reminded me of that.  I saw a post from 2012 from my “Other Mother”, my childhood pastor’s wife whom I respect, admire, and adore, pleading with me to just do the GoFundMe page already.  And, if I’m being honest, whether she knows it or not, it was upon her urging privately that I relented, surrendered my foolish sense of pride, and accepted the outpouring of love from others.

Spoilers!  Clearly, it worked.  As said, Matt brought my daughter back to me.  When I married and moved to Knoxville, I hired Charles Child, who knocked a grand slam and finished the job.  But I would never have been in the position for Charles to do that without Matt’s diligent work.  And I would not have Matt if I didn’t have countless anonymous friends who contributed to a GoFundMe account set up (against my will in the beginning) by one of the best friends I’ve ever known.

Pride.  Why do we let it stand in our way so much?  Marriages have ended over Pride.  Businesses have closed over Pride.  Relationships have suffered over Pride.  I could still be fighting for my daughter rather than having her just upstairs, watching YouTube videos right now.  All because of Pride.

In hindsight, I wasn’t altogether wrong.  As it turns out, when I told my current wife about my inspiration for this blog she gave me some alarming insight.

“Babe, did I ever tell you about the GoFundMe?”, I said.
“No.  I knew though.  I saw it when I Googled you when we first started talking.  It made me not want to date you at first.”, my wife said matter-of-factly.
I didn’t know what to say.  Was I shocked?  Appalled?  No, I wasn’t surprised at all.  One woman even told me that she never granted me a second date because my “story seemed too shaky”.  My story about a vengeful ex who took my kids from me and wouldn’t let me see them.  My painful reality.  She said it was just a Red Flag to her and then I was forever friendzoned.  Granted, as we got closer as friends, she realized my “story” was my reality and confessed to her original opinion of me.  So, why should I be shocked that the woman I ended up marrying would almost discard me without a second thought over this fight.

Something I realized long ago is that no one understands.  Even if they’ve gone through something similar, they can never understand.

As it turns out, my wife’s best friend advised her to just talk to me about the GoFundMe and see what I said.  However, my wife’s reaction is specifically the reason we have to consider our Pride.  How close I could have come to missing out on this incredible relationship!  I suppose the lesson gleaned from this is to step back, forget your foolish pride and do what needs to be done…and not be so hasty to judge others because we don’t know the journey they have traveled.  Had my wife gone on her guarded instincts (she was coming out of a bad relationship herself and had her walls up), we would never have met.

“Generosity is giving more than you can, and pride is taking less than you need.” – Khalil Gibran

If I had it to do over again, I would have asked for help from anybody and everybody who would have given it.  I would stand on the interstate exit with a coffee can, in hindsight.